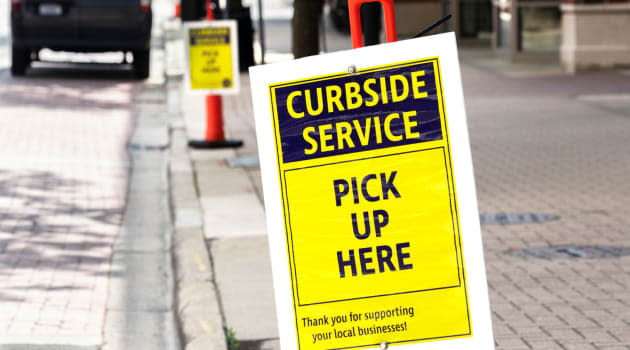 While many consumers have tried out curbside pickup options as a way to avoid physical contact with others during the COVID-19 pandemic, some are finding additional benefits to using the service.

A majority of shoppers (58%) have used curbside pickup services at least once since March 1, 2020, according to a new survey by North Carolina-based automobile dealership Leith Cars. Nearly a third (32%) said they used curbside pickup for the first time during that time period.

Not only were users of curbside pickup more likely to be satisfied with their experience, but many plan to continue using this service even after the pandemic has passed.

Throughout the pandemic, shoppers have adjusted their behavior to keep their houses stocked with necessary supplies, while making sure they and their families are safe.

But even beyond safety issues, a majority of shoppers surveyed (59%) considered curbside pickup to be less stressful than in-store shopping. Baby boomers were especially likely to see stress-relieving benefits, with 61% of this age group reporting a less anxious experience.

At the same time, younger consumers and parents were most likely to utilize curbside pickup during the pandemic. Among people with a child in their household, 66% used curbside pickup. When it comes to generations…

Millennials also made up a majority (61%) of those pointing to convenience as a key benefit of curbside service.

Time and money are also factors

While safety is a key concern these days — 9 in 10 shoppers were wary about going into brick-and-mortar stores during the height of the pandemic — it’s not the only reason some consumers have turned to curbside service.

For one thing, some shoppers say that not physically entering a business saves time. The survey respondents reported saving an average of 13 minutes per shopping trip — indicating a typical shopping time of 24 minutes using curbside pickup, versus 37 minutes for in-store purchases.

Some consumers also said they saved money this way, perhaps because they weren’t tempted to buy items impulsively inside of the store. Survey data showed the average cost of a routine shopping trip was $78.12 with curbside pickup, while those shopping inside the store averaged $86.06 worth of purchases.

Curbside customers were also less likely to be disappointed by finding the items they want out of stock, the survey said. Slightly more than half of those using curbside pickup (51%) said they rarely or never encountered out-of-stock items, while only 18% of in-store shoppers could say the same.

Overall, 71% of curbside shoppers said they were satisfied with their shopping experience, compared to only 45% of their in-store counterparts.

The positive side of curbside service could influence shopping patterns well after the coronavirus crisis is over, the survey data suggest. Among shoppers who have used curbside pickup services during the pandemic, 41% said they are either “very likely” or “extremely likely” to continue using such services when the pandemic has passed.

Hello Everyone! My name is Ben. I have been in the online marketing business as well as retail management for over 25 years. Married to the most wonderful woman in the world! 2 beautiful kids who bring joy to my life every day!